Research has for the first time quantified the volume of plastic from European countries that contributes to ocean littering from exported recycling. Up to 31 per cent of plastic exported for recycling is not recycled at all.

New research from NUI Galway and the University of Limerick has for the first time quantified the volume of plastic from European countries (EU, UK, Switzerland and Norway) that contributes to ocean littering from exported recycling.

While European countries have developed world-leading waste management infrastructure, 46 per cent of European separated plastic waste is exported outside the country of origin. A large share of this plastic is transported thousands of kilometres to countries with poor waste management practices, largely located in Southeast Asia.

Once in these countries, a large share of the waste is rejected from recycling streams into overstretched local waste management systems that have been found to contribute significantly to ocean littering, according to a statement.

The new research, published in the scientific journal Environment International, estimated the best-case, average, and worst-case scenarios of ocean debris pathways from exported recycling in 2017.

Polyethylene is one of the most common types of plastic in Europe, and the results showed that countries such as the UK, Slovenia, and Italy are exporting a higher share of plastic outside of Europe and see a higher share of their recyclable plastic waste end up as ocean debris.

George Bishop, lead author of the study, said: “The results indicate an important and previously undocumented pathway of plastic debris entering the oceans, which will have considerable environmental and social impacts on marine ecosystems and coastal communities.”

The authors caution that these findings should not discourage people to recycle as it remains the best waste management treatment, environmentally speaking. However, there is considerable work to be done to improve aspects of these plastic recycling chains, to reduce the ‘leakage’ of these systems. 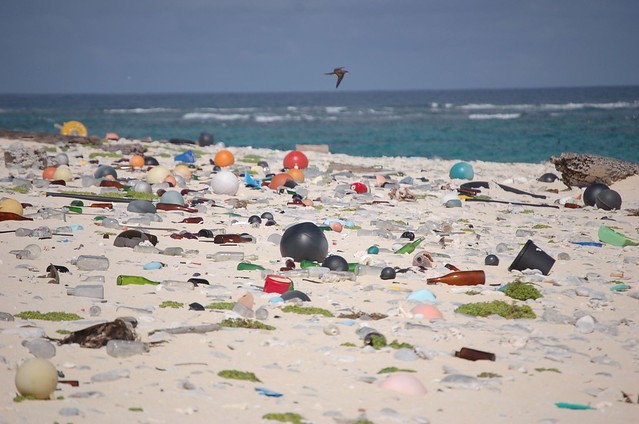 News from our Members

Our contributions to BILANZ Magazine

Welcome to Successful Green, the international network for environment, innovation and information.

SG aims to encourage the exchange of ideas and knowledge among like minded people all over the world to improve a sustainable life worldwide.

Peter E. Merian used to be Director of the Basler Börse and CEO Bank Sarasin, Board Member of National Zeitung and Basler Nachrichten AG and founding member of the Global Environmental Society.

Lord Anthony St John of Bletso is a qualified solicitor and Member of Board, Rados International. Former Vice President of Business Development of OCRA, consultant to Merrill Lynch, director of WMRC plc and Pecaso Ltd. and Non-Executive Director of Regal Petroleum, Lord Anthony is currently an extra Lord-in-Waiting to HM The Queen. Since 1997 to the present he has sat on the Member of Lords EU Select Committee A. He is a spokesman on African affairs, deregulation, financial services and information technology. President of Friends of South Africaand used to be Iegal advisor for Shell in South Africa.

Dr. Betrand Piccard is wellknown for the first ever non-stop balloon flight around the world. Doctor of psychiatry and psychotherapy, President of Solar Impulse, which aims to fly around the world in a solar driven aircraft without producing any polluting emissions, Bertrand hopes to draw the public’s attention to the inevitable changes needed to ensure our planet’s future energy resources and ecology and to give environmental protection a positive and stimulating image.